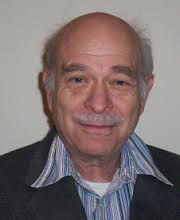 Professor of Education Emerita and former Senior Associate Commissioner in the Massachusetts Department of Education from 1999 to 2003, where she was in charge of revising all K-12 academic standards, teacher and administrator licensing regulations and licensure tests, and professional development, Dr. Sandra Stotsky refused to sign off on the Common Core Standards.

Stanford University emeritus professor of mathematics and NASA Consultant, James Milgram, the only academic mathematician on Common Core’s Validation Committee, refused to sign off on the Common Core Standards.

Dr. Stotsky and Dr. Milgram spoke at a Conference earlier this week to a standing room only crowd of parents, encouraging them to push back against the Common Core Standards. Below are a few excerpts from the article. Please follow this link to read the rest of the story.

Math instructional expert R. James Milgram warned parents that the damage done to their children by the standards could became irreversible after four years, based on testing from 1992 standards he said mirrored the Common Core. He dismissed the three-year high school Common Core math program as leaving students ill-equipped to tackle college math. “Without a path to calculus, you can’t have a path to college,” he said.

In English classes, Stotsky said, “they probably will learn to read. The next question is, will they read to learn?” But she saved her most scathing criticism for high school English standards, which she said did not come with a list of recommended literature, allowing districts to choose academically inappropriate texts.

The receptive audience of about 500 included many home-schooling parents and a few considering the switch.

Speaking before the event, Stotsky called Common Core “a fiasco” ramrodded through state boards of education in a desperate attempt to qualify for additional federal funding. Milgram called its progression of math standards “weird and inappropriate.”

Parents seeing children engaged and enjoying a math lesson should take that “with a grain of salt,” Milgram said, explaining it takes academic expertise to evaluate learning. “Observing and telling what’s really going on is really difficult,” he said.

“To see everything, you really have to be at my level,” he added. “The teachers really don’t have a clue about what they’re doing.”

He and Stotsky advocate dumping the new standards